LinkedIn and Accounts, Who Owns Them? 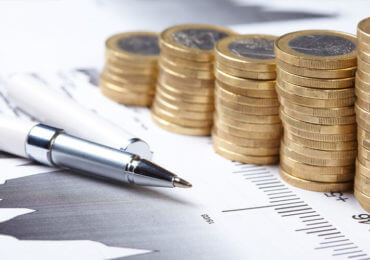 LinkedIn and Accounts, Who Owns Them?

OK, well like days of the week keep moving forward, so does Employment Law. Case Law is an ever moving feast, so here is today’s latest and in light of posting here, is an interesting one for Social Media.

OK, you work at a company, company X, you know your way around the Internet and Social Media. Your boss/MD doesn’t and so you get asked to setup LinkedIn for you and therefore for the Company.

Fast forward a few years, you are using LinkedIn posting and responding on behalf of the Company. You have over 1000 contacts on there, you are looking for and receiving opportunities from LinkedIn. Company and you are happy.

However, you move on. You leave and go to a new Company.

Who does that LinkedIn Account belong to? You, or the Company?

Answers on a postcard please.

It’s interesting, as Case Law is being written as we speak in relation to this. It’s so new and there is very little Case Law about for this.

This week however, there is a new case, which seeks to put some bones on this. With thanks to Personnel Today for the info. The case notes themselves came from DLA Piper.

However, after the employees’ departure, it transpired that they had in fact established their company on 31 August 2012. It also came to light that, while they were still employed by Whitmar, they had allegedly:

Solicited or attempted to solicit a number of Whitmar’s clients and staff for their new enterprise;
Used Whitmar’s confidential information to create media packs and printing guides for Earth Island that were similar to those used by Whitmar;
Used LinkedIn groups managed on behalf of Whitmar to market their new company; and
Taken Whitmar’s circulation and customer databases with them when they left.

When challenged with regard to the use of the LinkedIn groups, Ms Wright claimed that the groups were her own personal hobby and not linked to Whitmar’s business. She therefore not only refused to reveal the username and password to Whitmar, but continued to use the account (and the contacts it contained) after her resignation.

Whitmar commenced proceedings against their former employees, claiming damages and also seeking an injunction restraining them from using and disclosing confidential information obtained during their employment.

The High Court upheld Whitmar’s application for an injunction, pending a full trial of the issues, finding that there was strong evidence that its former employees had been taking active steps to compete with Whitmar for over a year in advance of their resignations. The High Court ruled that the customer and circulation databases amounted to information that was confidential to Whitmar, and that the information removed by its employees was sufficient to provide Earth Island with a competitive advantage. The role that the LinkedIn group accounts played in the marketing of the new business was also the subject of discussion before the High Court, in particular its significance as a source of contacts for Whitmar. The end result was an order for Wright to deliver up details to enable Whitmar to access and amend the database.

This decision is thought to be the first time the ramifications of the misuse or misappropriation of a company LinkedIn account, together with all of the business contacts that it contains, have resulted in a court order to deliver up log-in details to an employer. It is significant that despite the fact that the LinkedIn account had been set up by an employee in her own name and contained contacts that were no doubt personal to her, the court concluded that it was the property of Whitmar and that the log-in details (and hence ownership of the account) should be passed to it.

There are lessons for all parties in this decision. Employees should take note that a LinkedIn account that is established in the course of their employment by a company and used to market and advance that company’s activities, may well be the property of the company, even if the employee has also been using the account as a personal contact database.

Now, as this is thought to the the first (but not the last) case with details of login’s and ownership, as an Employer, it should give pause to thought.

Company Facebook pages, which develop likes, are setup by an individual and are linked to personal accounts. That is simply how Facebook works.

Who therefore has ownership?

Does it leave the employee on termination or leaving the company the ability to post negative comments?

We recommend a strong and robust Social Media policy, making the ownership of accounts clear.

In this case, it’s not just the ownership of the LinkedIn account that is the issue however.